I finished! And about a month ahead of when the QAL ends, but  I was on a roll and needed to finish it before my enthusiasm ran out.

I really like it, and learned a whole lot. It was my first paper pieced anything, and my first mini! I finally have something to put on my wall.

I love the way these corners look 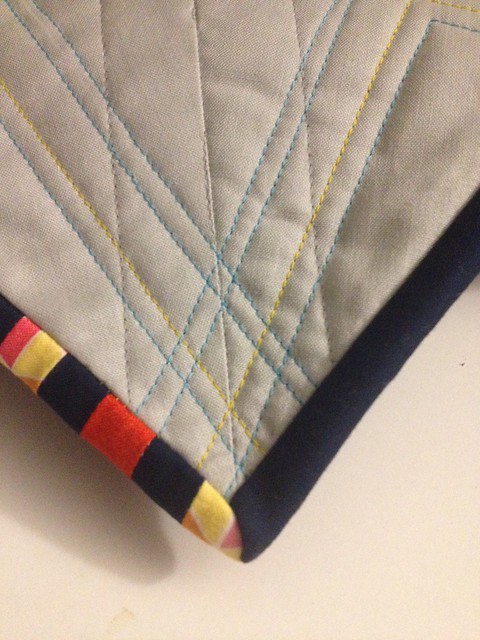 Completed in August 2014 for the Celestial Star Quilt Along by Fromblankpages.
18″x18″, made with primarily Kona solids and prints from my stash
Pieced and quilted with Gutermann polyester thread
I was originally going to call it something like “Diamonds in the Sky” or something, because, to me, the pattern looked like looking at a cut diamond from the top down, but then I thought the name was kind of lame, so I’m calling it “Toclafane”, from the Doctor  Who episodes at the end of season 3. You know, because that’s somehow less lame. 😀
(The Toclafane were humans who came back as little metal balls of spikes that the Master brought from the future. They had been searching for, and did not realize that they would become the “diamonds in the sky”) 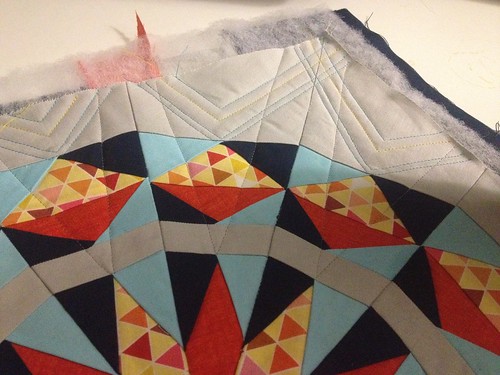 This was such a great side project, since I was starting to feel a little overwhelmed by my other quilt projects, AND I even won a prize, which is a first.