I’m not in love with Tula anymore. I know, shocking. It really is beautiful fabric. I appreciate the saturation, the fascinating subjects of some of her panel pieces, the creativity, but after about a year of seeing that fabric everywhere and in every thing, I can say with some confidence that it just isn’t my cup of tea. Oh sure, I browsed #thegreatfabricdestash on IG sometimes to catch a good deal, but I realize now that more than anything it was the thrill of the chase, and trying to acquire a highly desired piece of fabric simply because it was hard to find and so many other people wanted it. Thankfully, I set a price point early on and never went over it, so I don’t have any pieces I’ve purchased that I’m really ashamed of the money I spent on it. I am, however, a little ashamed of how much I have spent on bundles (usually just FQ) of entire collections that now I’m just not sure I’ll ever use. “Sure, just destash it”, you say, but that comes with its perils, some of which I have recently discovered. First, destashing is stressful and a big pain the rear. I destashed a lot of what I have so that right now, of my Tula, I only have a FQ or less of each print. I made some money, but I can’t say for sure if it was worth it. Second, and this is what really turned me off of both destashing, and maybe even the fabric itself (bad associations now), people can be nasty. See, you think you’ve done some research into the pricing of particular, HTF OOP fabrics, you list them for that, and instead of people behaving decently and just scrolling along if that price is too high, they comment. They balk, they tag their friends to come and look at your listing. Maybe then someone comes along and undercuts you and alludes to you in their listing, so their followers can go and look at your high priced listing and then go back and say nasty things about you, your motivations for selling at a certain price, and so on. All the while, you thought you had found a fair price point. You had seen the fabric sell for that very same price just that day, with no balking, no nasty talk, just a fair and honest transaction.

Yeah. My feelings were hurt. Yeah, maybe it’s silly to have my feelings hurt, but I really thought it was unnecessarily childish and hurtful. How hard is it to just move on? If it costs too much, you are under no obligation to buy or even comment.

I can’t even bring myself to look at this fabric right now. 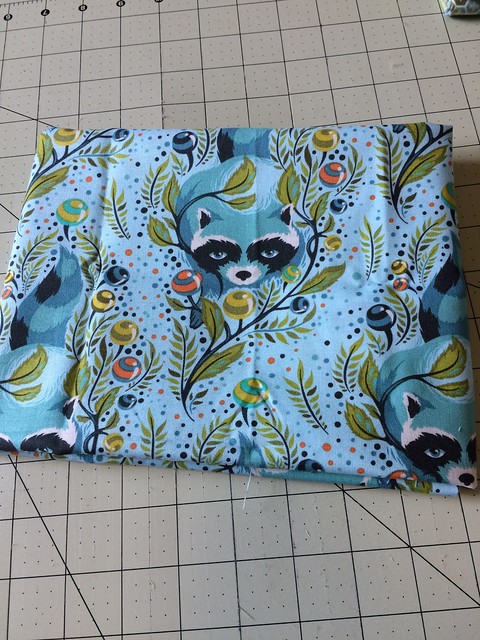 So, the goal now is to use up what I have. Difficult, since this hasn’t been my go-to fabric to begin with.I did want to do the 100 Modern Quilt Blocks Sampler with what I have (I know, how original). Maybe later, after some more prints have gone out of print, I can try my hand at selling again and make back what I’ve spent.

Yesterday I broke up most of the collections and put them in my regular bins, sorted by color. I need to use the fabric from those bins more often, and I’ve been feeling pigeonholed by seeing collections all together. Maybe breaking them up will help the creative juices flow, and maybe after a while out of sight, I won’t feel so negatively about the fabric and will actually be able to use them.