I really have no idea why it’s taken me so long to update, other than maybe I moved my laptop to behind my sewing machine for Netflix watching instead of next to it, because where it was was hurting my neck and I didn’t like having to reach to type.

I’m working on several things, one of which is still growing this baby in my tummy. I’m nearly 39 weeks, so it could be any time, really, although the last two have gone past their due dates, so I might still have two weeks or more. 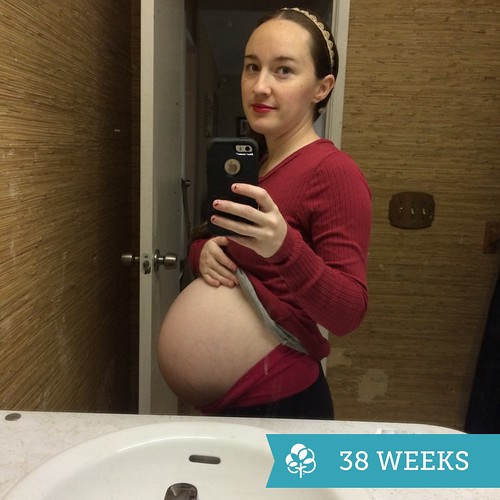 In the past four months I also finished a swap, possibly my last swap ever (I’ll go into this another time).

This is the entire package I sent to my partner, who was a total joy to make for. 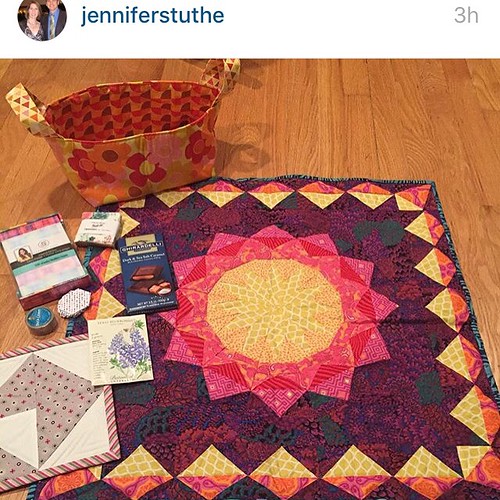 I used some really rich, saturating prints, focusing on some big name designers because at the time, my partner had only been quilting for a short time and this was one of her first swaps. I wanted to not only make something *I* found really pretty, but showcased some of the popular stuff like Kaffe Fasset, Tula Pink, and Kate Spain.

Here is another picture of the mini, this time in natural light. 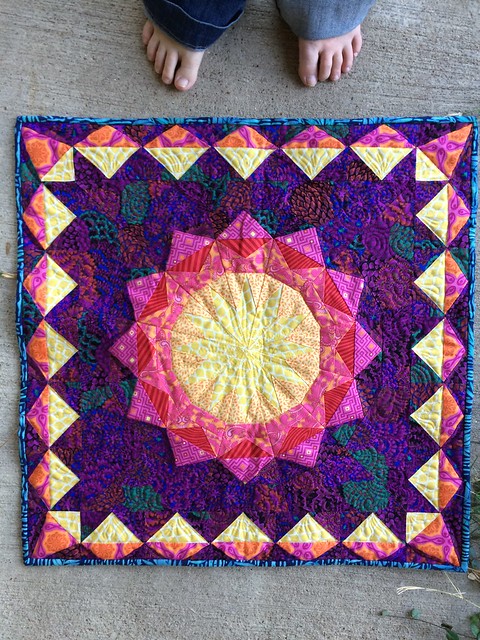 I quilted the purple pretty heavily with a sort of swirl pattern, and then left the orange, pink and yellow fairly puffy. I was really pleased with this finish and was a little sad to see it go.

Something new I tried that I’d never done before was pattern testing, this time for the wonderful FromBlankPages, whose patterns I have used and loved before (I used the Celestial Star pattern again for the previously mentioned mini).

I chose the 9″ block and designed an 18″ pillow with it, repeating the block four times. I used my newly purchased and oh so pretty Shimmer 2 by Jennifer Sampou (because those metallics are HEAVEN) 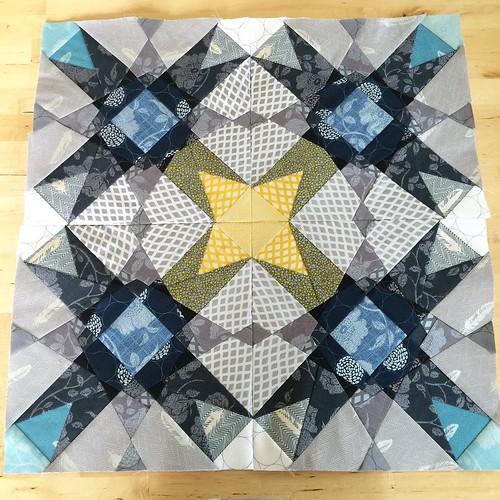 I did some simple straight line quilting, following a lot of the secondary diamond patterns (because I’m just so over matchstick quilting) and ended up with this, which I gave to my brother and his fiance for Christmas. 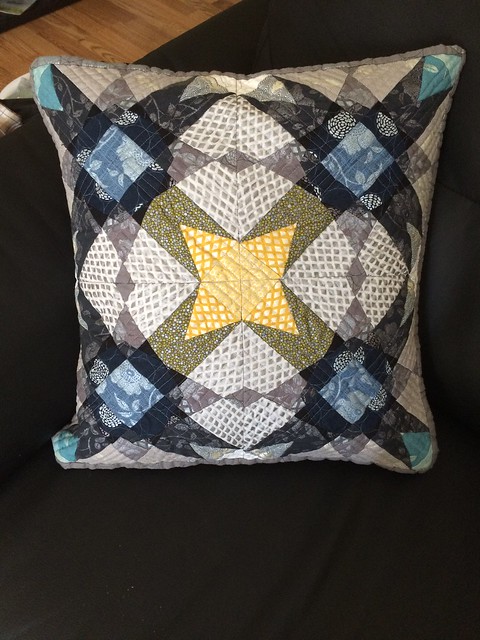 The piecing was a bit tedious, with I think 212 total pieces, and some of them quite small, but I am so happy with it. The pattern is called Space Gem, and is now available in any FromBlackPages shop.

I have a lot more to write about, but I still have late Christmas gifts to finish and a hockey game to listen to!